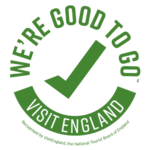 Additional tours may be added Friday and Sunday depending on demand.

Limited spaces. Tickets must be booked in advance.

Join Mad Alice as you wander the streets and snickleways to historic landmarks.  With 2000 years of history, York has fascinating stories of the macabre and the extraordinary.  Uncover the tales of the Romans, the Viking invasion and the Plague amongst tales of torture and execution.

The history of the city is brought to life in this award-winning  90 minute tour which is suitable for gruesome little ones.

Learn about the city’s most famous son Guy Fawkes and what really drove him to want to blow up the houses of Parliament in 1605.  Dick Turpin, the famous Highwayman was hanged at York in 1739 but he was caught by sheer luck.  Margaret Clitherow, martyr and Saint lived amongst the entrailed and blood-soaked Shambles in the 1580’s.

How did their deaths come about and what is their lasting legacy in the City of York. Find out all this and more on the tour that even has spiked severed heads talking….

Suitable for all ages and fully accessible for wheelchairs and pushchairs. The walk takes a steady pace around the city. If there are any mobility issues, please talk to Mad Alice at the beginning of the tour who will tailor the tour to be more comfortable.  Accompanying carers are invited onto the tour free of charge.

Hounds of Hell welcome, they can protect us from the Barghest.  Well behaved owners are also welcome. Lancastrians?…questionable. Scots, well, citizens of York are allowed to shoot you with a bow and arrow.  It is recommended to adopt a Yorkshire accent. 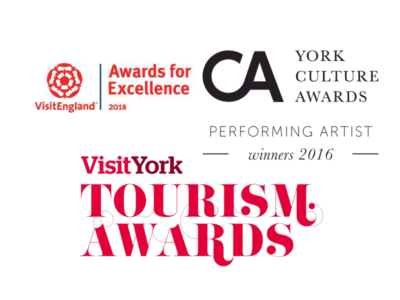 Although Mad Alice makes every effort to attend every tour, unfortunate events do happen…a broken leg in 2017 for example.

Tours may be cancelled last minute due to extreme weather conditions, sickness or personal circumstances. Tickets for cancelled tours will be refunded or exchanged for another day. Follow on Facebook and Twitter to keep up to date. Every effort will be made to give substantial notice.

Suitable for all ages… under 4’s free.

St. William’s College, College Street, YO1 7JF
(its the black and white building at the back of the York Minster)

Made with ❤ with Elementor​ - Designed & Hosted by Needle Media Ltd

Tours are limited to 30 visitors per tour.

All tickets must be booked in advance.

Bookings may close at 4.00pm on the day if there are no prior bookings.

Throughout the tour, a distance of 1-2 metre apart rule will be observed between guests.

Facemasks may be advised to be worn for a small duration of the tour as guests navigate narrow streets.

No physical contact will be made between Mad Alice and the guests.